In this short video Professor Hans Rosling shows that already back in the 1950’s the UN population experts were able to predict very precisely the population growth for the next 50 years. The forecasts made today predict that by the end of the century, there will be around 11 billion people in the world. The track record of the UN statisticians shows that their global forecasts have been very accurate historically. 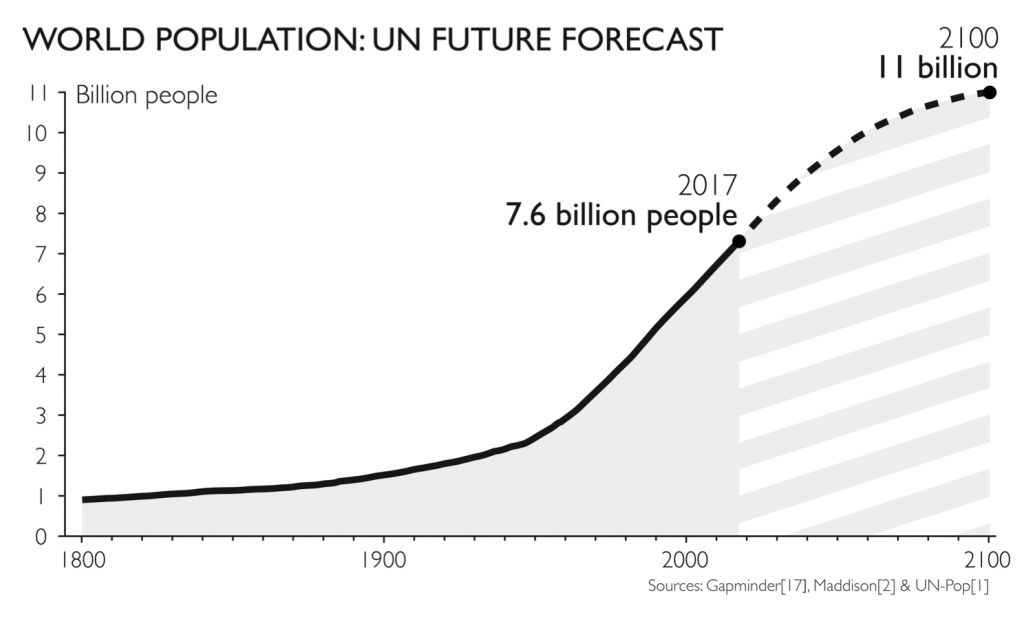 The full data documentation is here »

Population forecasts are based on UN Population Division, World Population Prospects 2017. The demography experts at the UN Population Division have been very accurate in their forecasts for many decades, even before modern computer modelling was possible. Their forecasts of the future number of children have stayed the same in the past four editions of the publication. Two billion children is a rounded number. The precise UN numbers are 1.95 billion for 2017 and 1.97 billion for 2100. For more on the quality of UN forecasts, see Nico Keilman (2010) and Bongaarts and Bulatao (2000).

If you got questions about our data please use the Gapminder Data Forum.

Sorry for the inconvenience!