It’s important to keep in mind that the economic differences within countries are huge. The height of the income mountains show the number of people on different incomes in $/day. Each country is a shape that spreads from low to high incomes with most people in the middle. When piling all the countries on top of each other, the world shapes looks like this. Pull the time-slider in this interactive graph back to 1975, and you will see a world that was divided in two. (Full screen version of the tool is here). Scroll down for a video with Hans Rosling explaining the shape of income distribution.

The data behind this

The tool above shows data from our dataset Income Mountain Data v2. This dataset is far from precise, but it is consistent with graphs from multiple scientific papers published by different groups of economic researchers, as we explain in the data documentation here.

There is no gap!

Professor Hans Rosling shows that people live in very different income levels. The poorest live in less than 1 dollar a day. Many people live with 10 dollars a day, while others live with 100 dollars a day. There are huge differences in income between the richest and the poorest. Referring to this difference as a gap in income gives the impression that there are only extremely rich or extremely poor people. In reality, the majority of the world population lives in between.

What to expect in the future

People all over the world are struggling to reach higher incomes. If the current economic growth continues, the world may develop something like this: 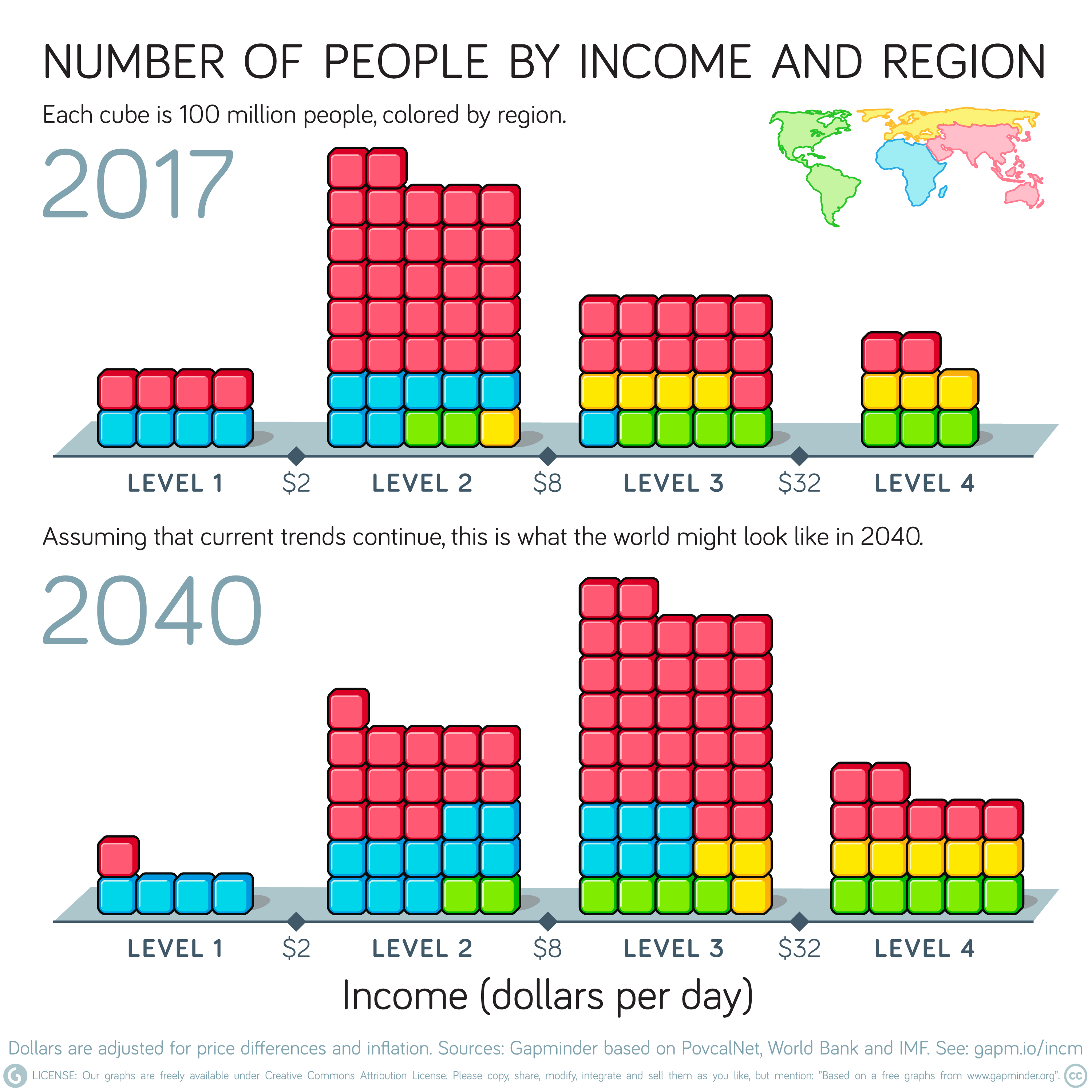 (Download this free infographic as a free vector file)

Western countries have dominated the world economy for over a century. But this dominance is coming to an end. During the next 10 years, the share of people on high income (rich consumers) is switching from 60% westerners to 50/50 west and rest, and then the rest take over, assuming that people continue increasing their income as they have done in recent decades. (We divide the world into West and Rest here, only to show that such division is not so meaningful ».) 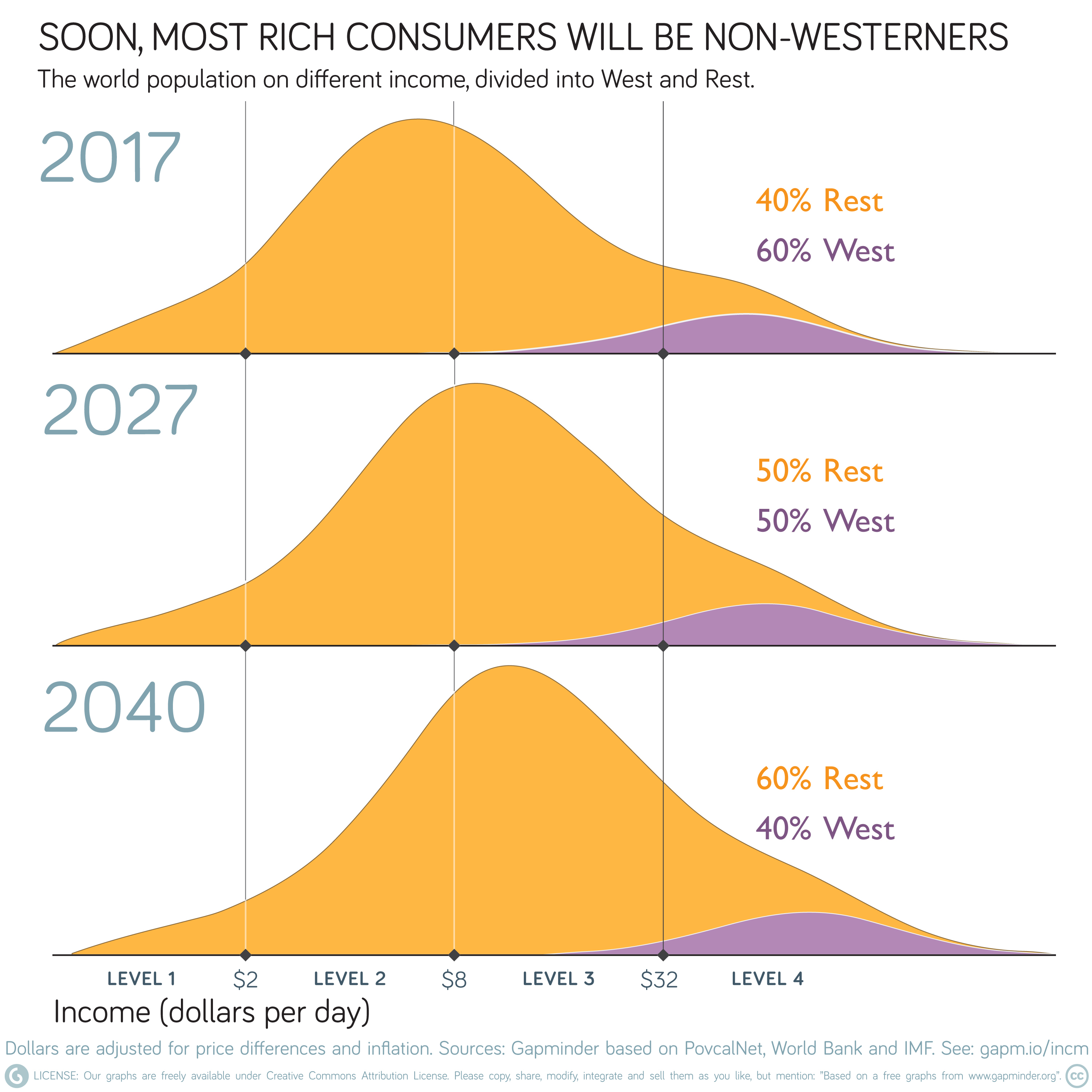 (Download this free infographic as a free vector file)