Here is the new Gapminder World Poster showing the health and wealth of all countries in 2015!

UPDATE:
We have updated the graph with the latest Life Expectancy numbers from IHME!
See the update here 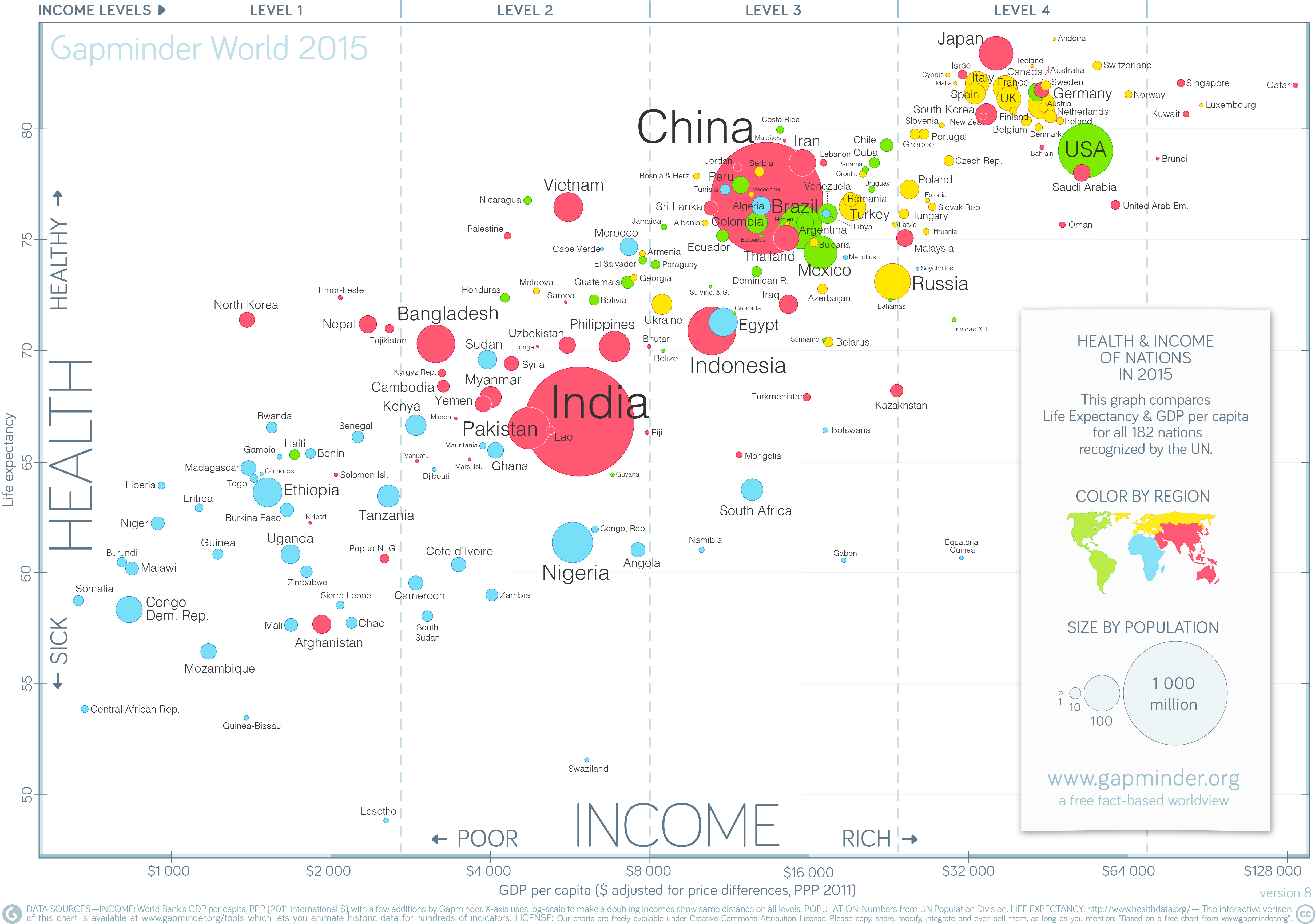 This chart shows the Life Expectancy and Income of 182 nations in the year 2015. Each bubble is a country. Size is population. Color is region.

People live longer in countries with a higher GDP per capita. Or put differently; in countries with longer lives, GDP per capita is higher. The connection between health and wealth doesn’t tell us which comes first. But one thing is clear: there are not two groups of countries, despite what many people think. Dividing the countries into two groups, developing vs. developed, is extremely misleading.

Labels make it easier to talk about groups of countries. But the labels should be relevant. So we recommend using the 4 income levels marked on the top of the chart. It’s better practice to divide the world into 4 groups and it’s better to label the levels and not the countries, because next year the members in each group will change.

A free interactive version of this chart is available online at gapminder.org/tools, which lets you play historic time series & compare other indicators.

INCOME DATA: World Bank’s GDP per capita, PPP (constant 2011 international $), with a few additions by Gapminder. The x-axis uses a log-scale so that doubling incomes show the same distance on all levels.

« What is keeping kids out of school? It’s not gender. A dream come true »