(Please download the free data, video and slideshow and help spread these findings.)

Most people in the richest countries are absolutely wrong about the state of the world. We have tested their knowledge. We asked 12 basic fact questions to the general public in fourteen rich countries, using online panels. Every question had three alternatives: A, B or C. When we went to the zoo and marked bananas with A, B & C, the chimpanzees picked the right answer every third time. On average a monkey picking answers randomly would score 4 out of 12 correct answers. But the average score for the humans was much lower: only 2.2! That’s why the logo for the study is a monkey. 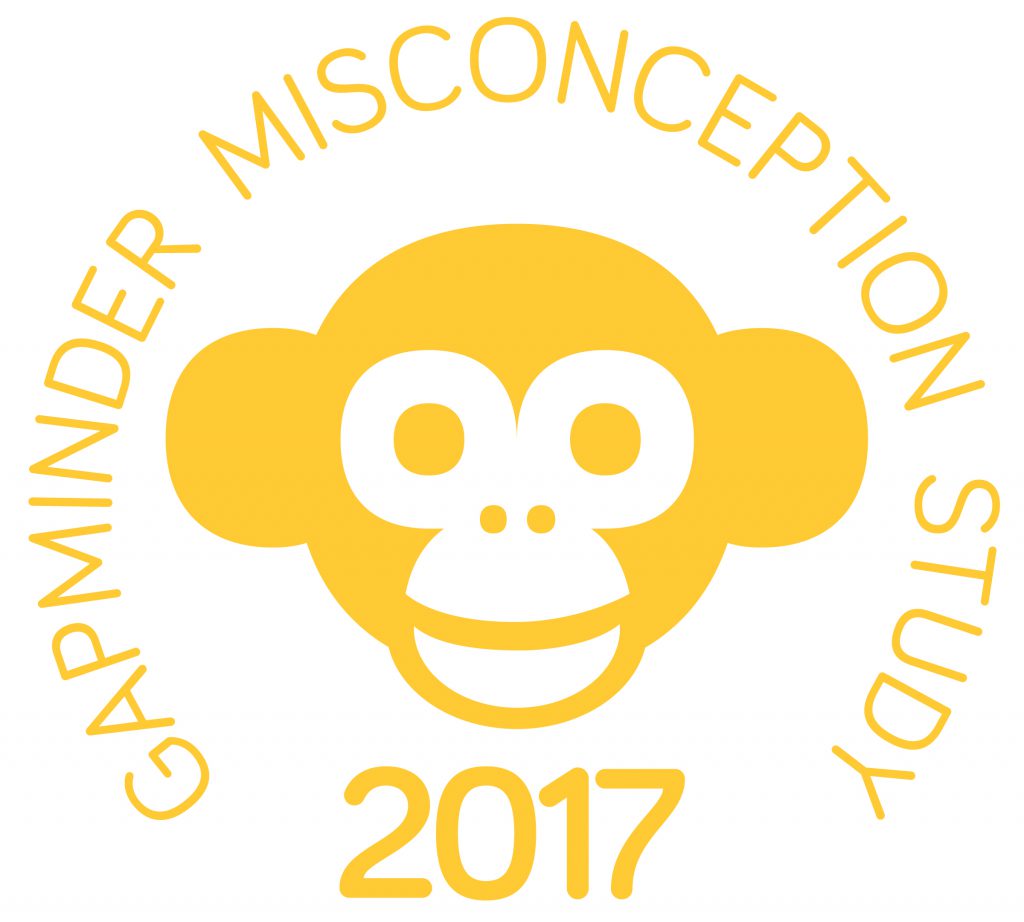 This graph shows how many people got different number of correct answers. Only 10% scored better than random. 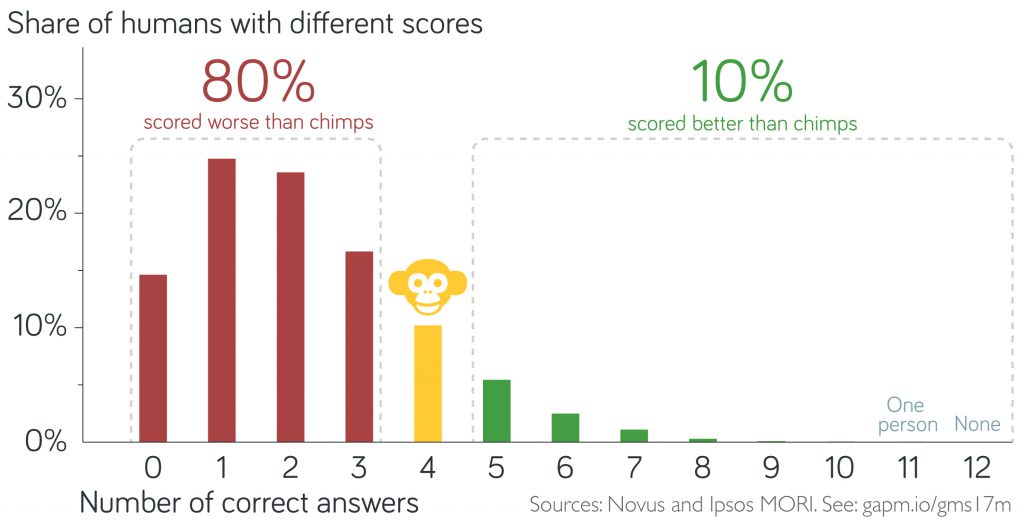 A stunning 15% of humans managed to pick the wrong answer on all twelve questions. That’s almost impossible for a monkey to achieve. It requires systematic misconceptions. The problem here is not the lack of correct knowledge. The problem is the presence of wrong “knowledge”. To score this bad requires a false perception of the world, that make you pick the wrong answer systematically.

There was actually one question, number 13, which we have excluded because almost everyone, 87% of respondents, picked the right answer. We have excluded that question, because there wasn’t any substantial ignorance about the climate experts forecasts, compared to the devastating ignorance we found about other global development.

The test in the book Factfulness uses the same twelve questions. If you haven’t already done so, please take the Gapminder Test yourself, before laughing at others! We think it requires a large dose of humility and curiosity to solve this massive problem of global ignorance.

The results in the Gapminder Misconception Study 2017 come from polls conducted by NOVUS and Ipsos MORI commissioned by Gapminder. The 13 fact-questions were written by Gapminder in English and then translated by the two polling companies. During 2017 they tested the knowledge of the general public in 14 countries: Norway, Finland, Australia, Belgium, Canada, France, Great Britain, Germany, Hungary, Japan, South Korea, Spain, Sweden and the United States of America.

Polls in Norway and Finland were conducted by NOVUS, and in the other 12 countries polls were conducted by Ipsos MORI. Both used online panels that were wighted for the demographic composition in each country. In all of the countries surveyed we believe the internet penetration is sufficiently high to think of the results from these online panels as quite representative of the wider population within the age ranges covered.

Novus conducted the polls in Norway and Finland