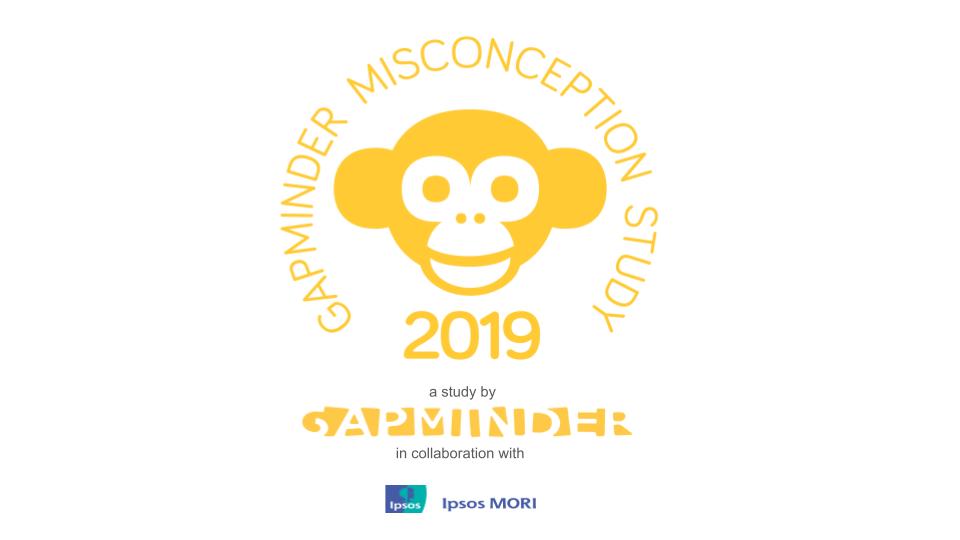 People are systematically wrong about the world!

In September 2019 we asked eighteen ABC-questions about essential global facts to the public in 31 countries. This graph shows how many people got different scores.

Is the number of people living in low-income countries increasing daily?

— Are very few girls in low-income countries completing primary school and is it still impossible for women to become a leader of their country?

— Is the world’s population expanding at an uncontrollable rate with an ever increasing number of young children?

Such pictures of the world are completely upside down, but it’s exactly what we discovered in people’s heads when we tested knowledge in 31 different countries worldwide.

Most people have failed to realise most essential global developments, because slow and steady transformations of societies don’t show up in the news streams.

We don’t always see the real world in the news, but fortunately, there’s lots of data that can help us flip our misleading pictures and realise what the world actually looks like, so that we don’t miss the great progress we have made.

In this study, we examine the knowledge of people in countries around the world regarding a broad range of important development topics using the Sustainable Development Goals as a common framework. We asked a total of 15500 people in 31 different countries important fact-based questions regarding issues affecting people around the world today and present the most commonly held misconceptions seen in our surveys. The surveys were conducted in October 2019 using Ipsos MORI survey platform.