There are roughly 7 billion people in the world today. Which map shows best where they live? (Each figure represents 1 billion people.)

Correct answer is A. The world population in 2017 is 7.55 billion, according to UN-Pop[1]. That would usually be rounded to eight billion, but we show seven billion because we are rounding the population region by region. The populations of the four Gapminder[1] regions were estimated based on national data from UN-Pop[1]: the Americas, 1.0 billion; Europe, 0.84 billion; Africa, 1.3 billion; Asia, 4.4 billion. 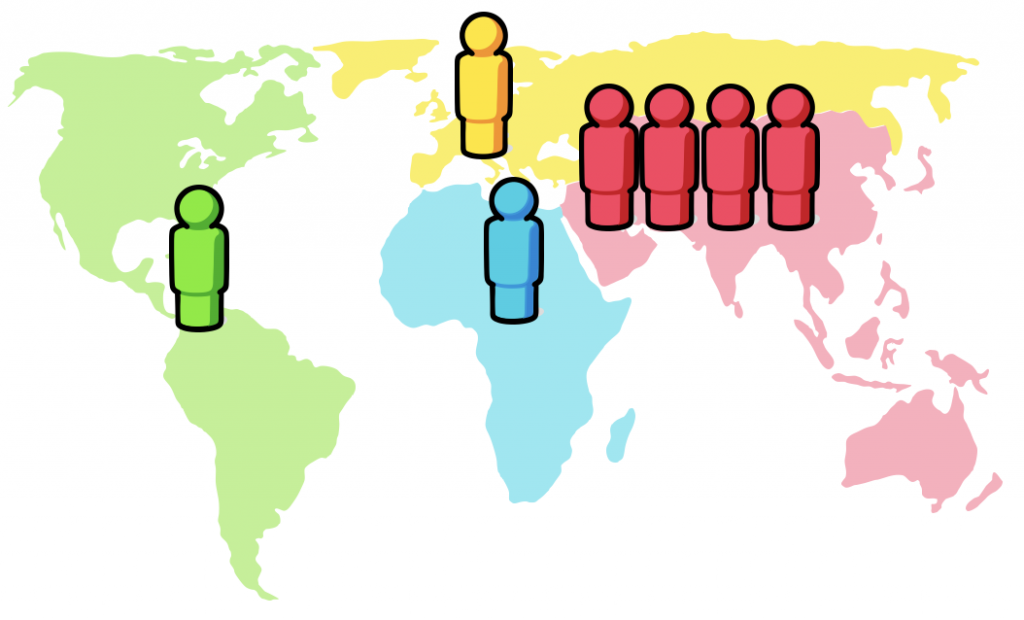