In 1996, tigers, giant pandas, and black rhinos were all listed as endangered. How many of these three species are more critically endangered today? 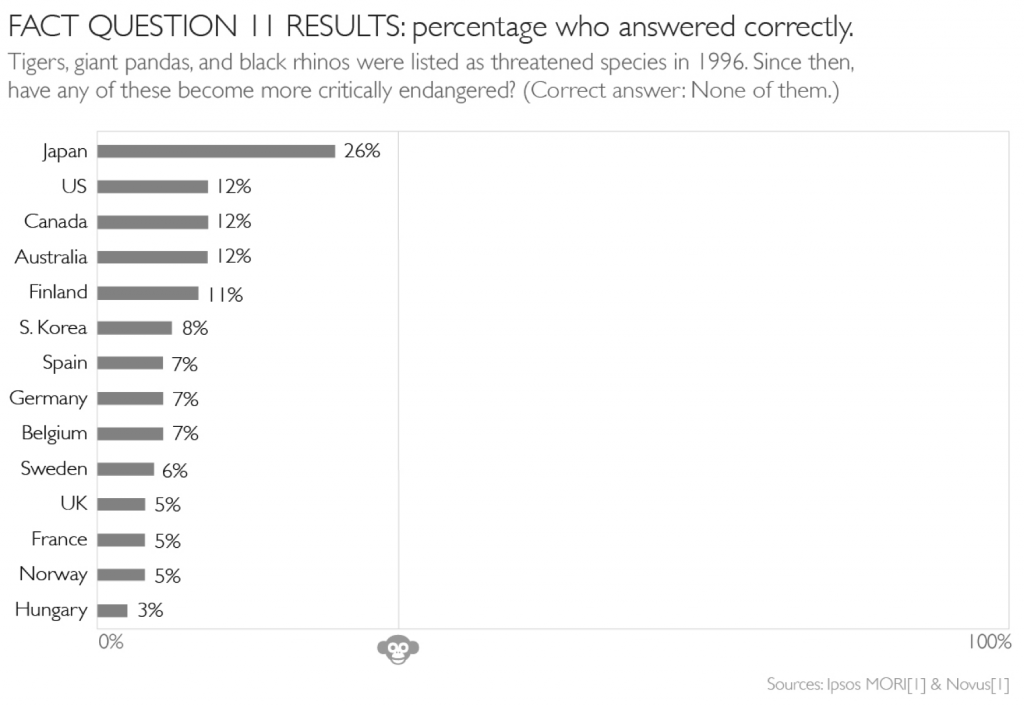 ***
This page is under construction. We are working on it (and a lot of other pages too). If you need this particular page urgently, you can always drop us a line, and we might be able to squeeze it to the top of our prio list…