Women have been leaders of more than 70 countries!

In 1952 no modern state or government had been headed by a woman. But since 1953 more and more women started being elected across the world. First at a low rate – only 17 countries during 38 years. But after 1990 it started increasing much faster. During the last 38 years, 59 new countries had a female leader for the first time in their history. 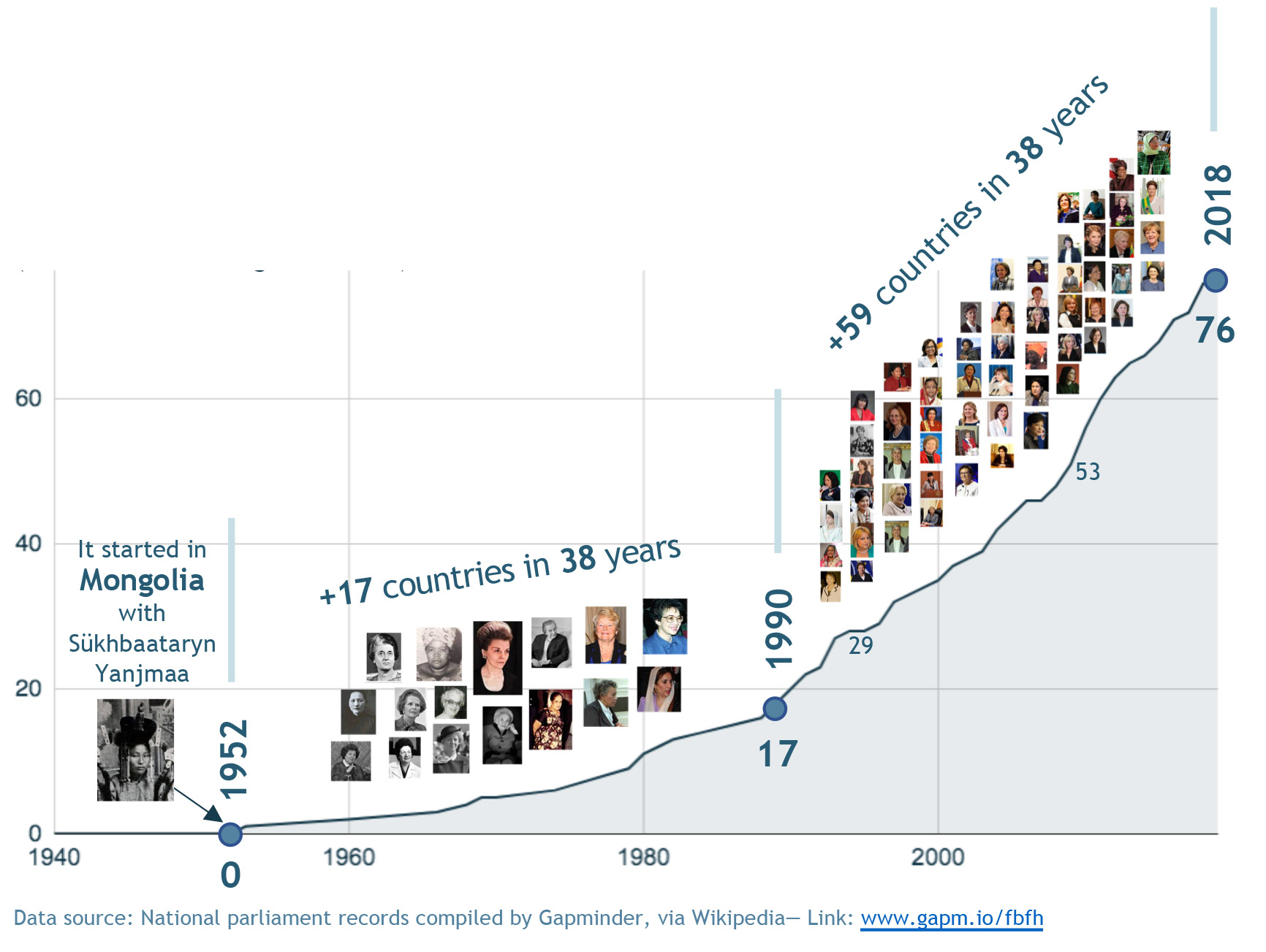 If this speed of change continues, all countries will have had a female leader by 2080! 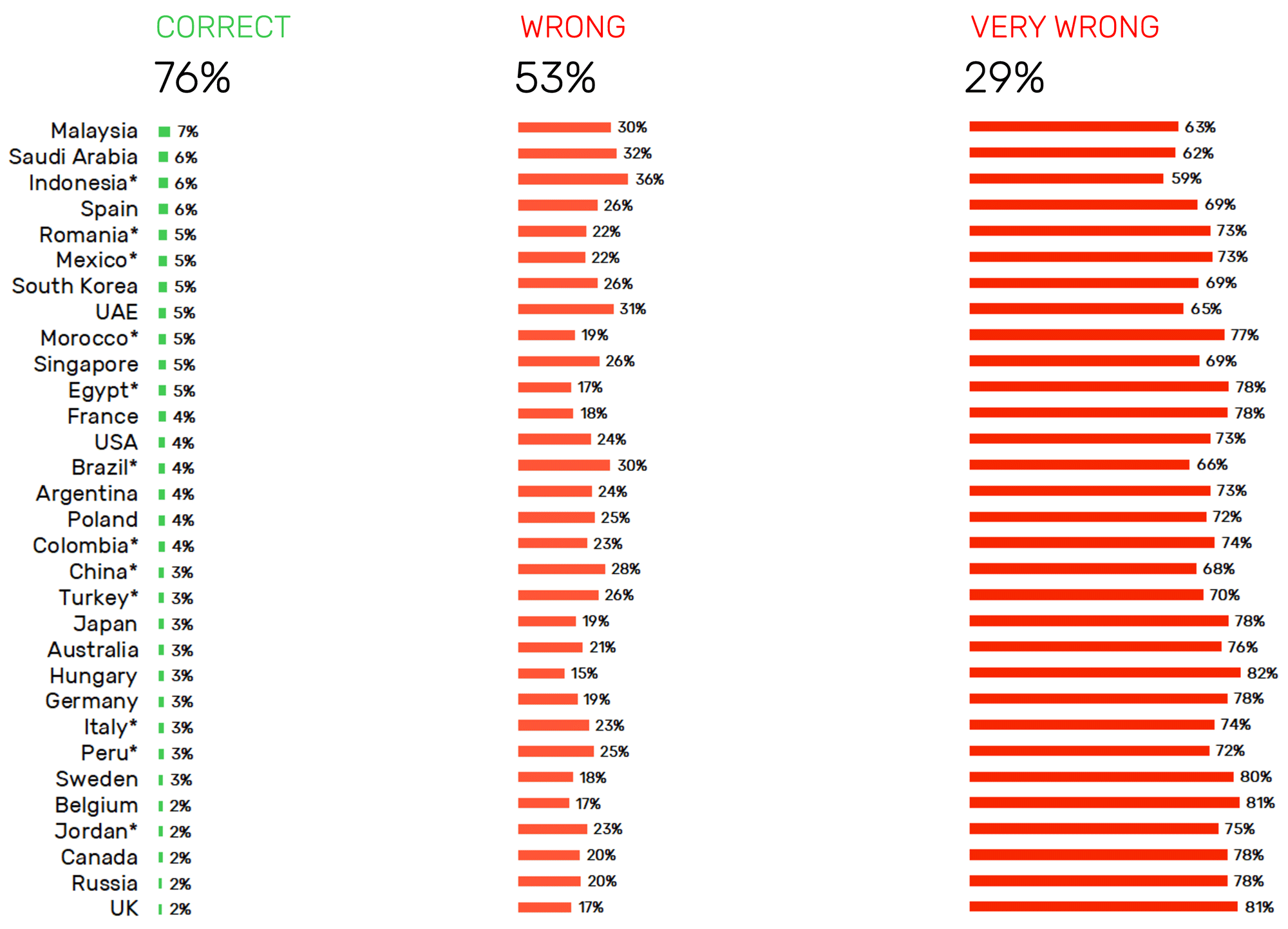 It’s hard to keep track of slow world changing progress. Even if new presidents are reported in the news, the ongoing transformation of traditional gender roles is happening slowly over generations and such changes only show up by looking at long statistical trends. Unless we see data over time, it’s easy to end up thinking that it’s still just men who rule this world. WRONG!