Burning fossil fuels has resulted in more heat being trapped in the earth’s atmosphere. Over the last 50 years, about 93% of that accumulated excess heat energy has been stored in the oceans. They are like giant sponges, absorbing most of the extra heat radiated back towards the planet from the atmosphere, which is why the average surface temperature has only risen by about a degree. 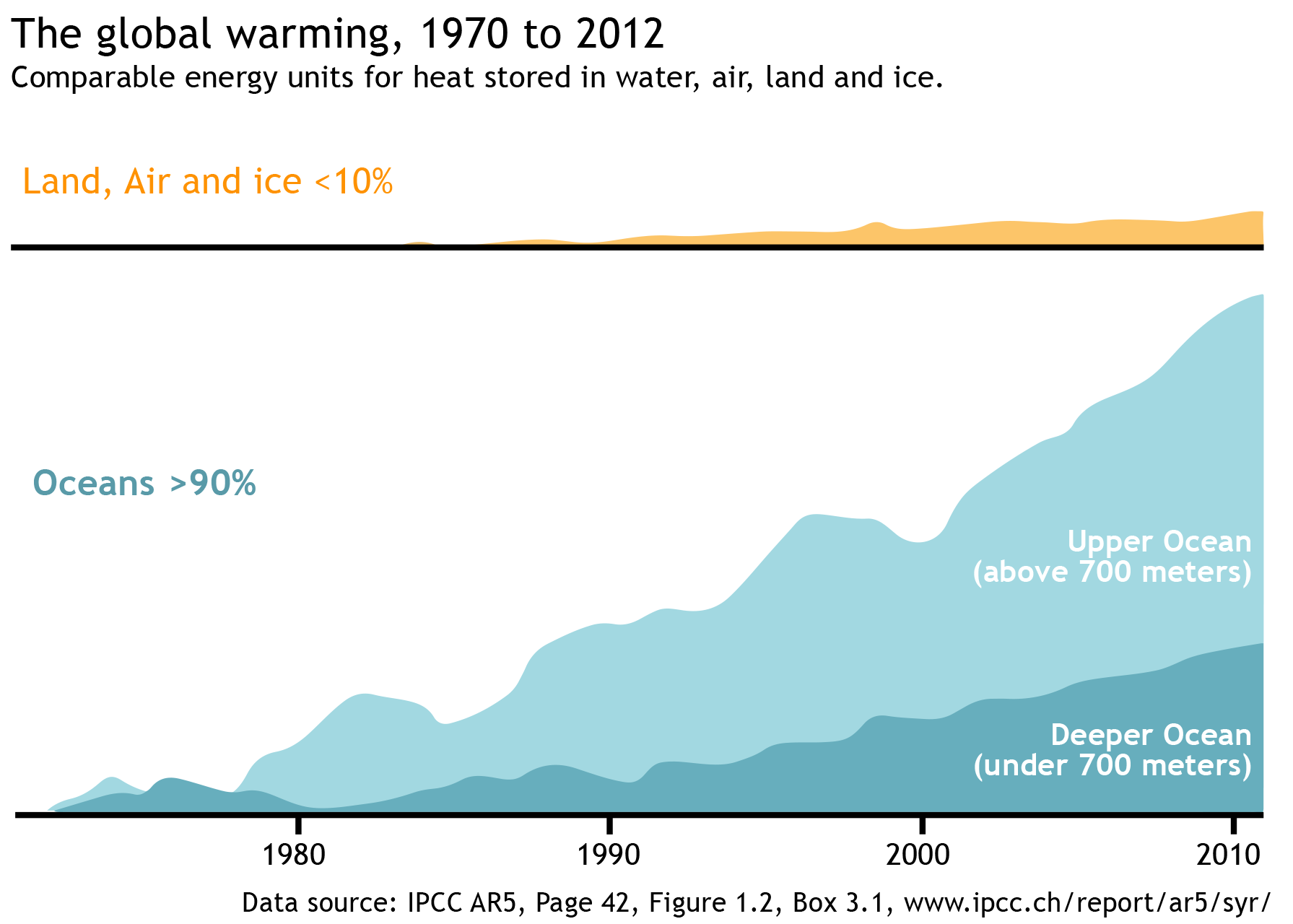 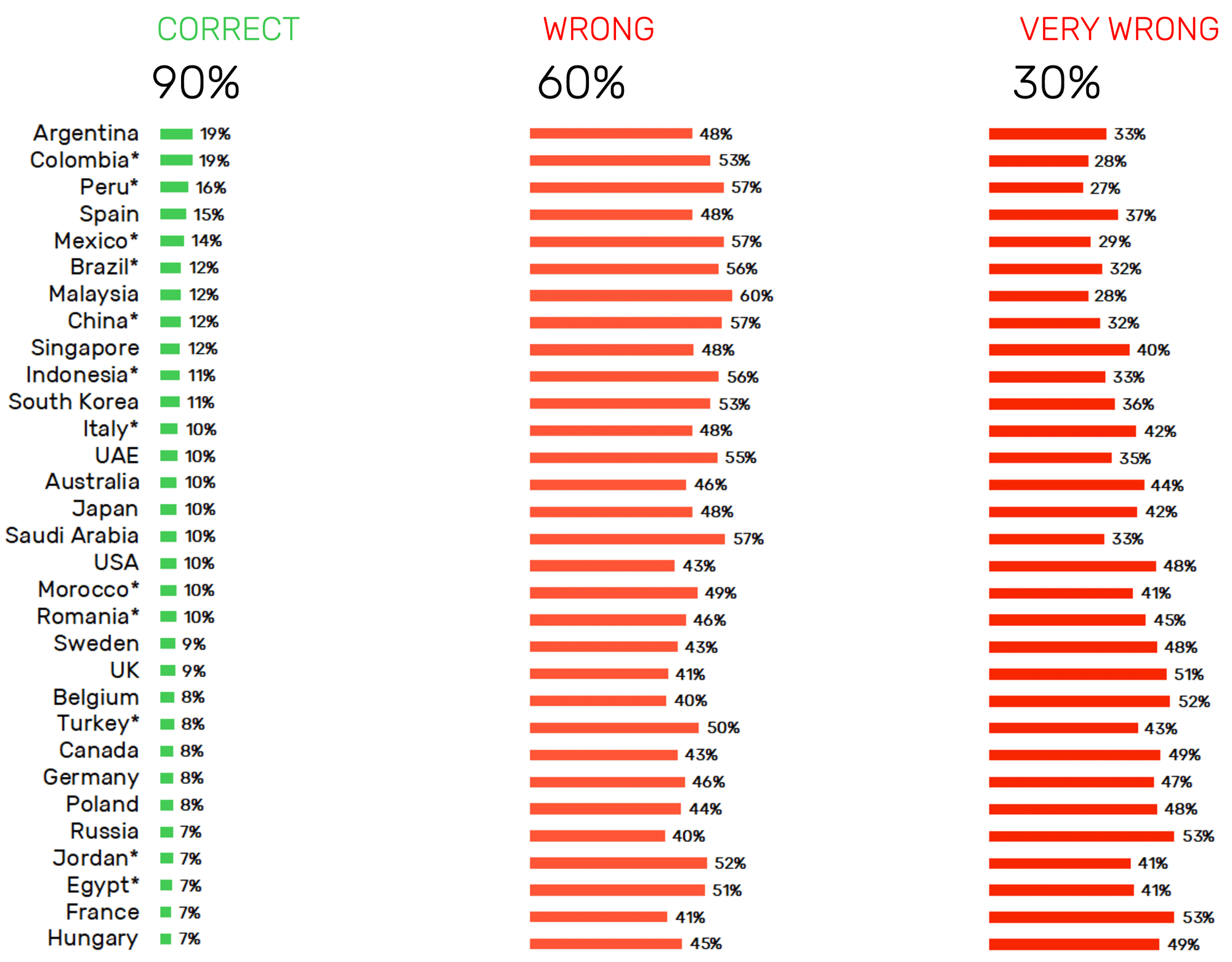 MISCONCEPTION: I feel global warming outside my window

Many climate reports mostly talk about the atmosphere and the warmer weather on land, which makes it seam like global warming is all about air temperature. WRONG! When you dip your toe into the deep ocean, it sure doesn’t feel “warmer”, but if you had been dipping a thermometer instead over the decades the difference would be obvious.

Hundreds of years ago people were already measuring the temperature of ocean water. Almost everywhere we measure today, it’s warmer.

According to the world’s leading climate experts, the average global temperature will rise over the next 100 years.

B) Remain the same, and C) Get colder

Although there’s a lot of coverage in the media of both sides of the climate change argument, climate experts have consistently agreed that temperatures are rising, and will continue to do so over the next 100 years. For the most part, the people receiving coverage for disagreeing with this assessment are not qualified to draw those conclusions and can safely be ignored.

The (little) ignorance we found

Time for a celebration. Not only did our respondents outperform the chimps on this question, they did so by a huge margin!

Overall, 87% of our respondents correctly answered that global temperatures are predicted to rise over the next 100 years. Finland, Norway, and Hungary were the top performers, each with an impressive 94% correct, while Japan came in last with a still respectable 76%.

Not much to say about the wrong answers here, because happily there weren’t very many of them. 11% of respondents thought temperatures were predicted to remain the same, while a slightly confused 3% thought they would get colder.

Why do people pick the right answer?

The climate debate has received a massive amount of media attention, but rather frustratingly a lot of airtime has been given to unqualified climate change detractors.

Fortunately, it would appear that the vast majority of people in the richest countries have not been misled into believing that climate change isn’t real. Instead, almost 9/10 of our respondents were ready to side with the world’s leading climate experts.

Overall, this is a clear success story for public communication and perceptions surrounding climate control.