According to data from more than 100 sources, by 2017 the average life expectancy worldwide was 72.8 years.

50 years would have been correct during the mid-1950s and early 1960s, and 60 years was correct in the 1970s and 1980s, and even as recently as the early 1990s in some countries. Thankfully, as a result of reduced poverty, improved nutrition, and better access to healthcare, things have improved substantially over the last six or seven decades.

You can find the full dataset (compiled by Gapminder) here. 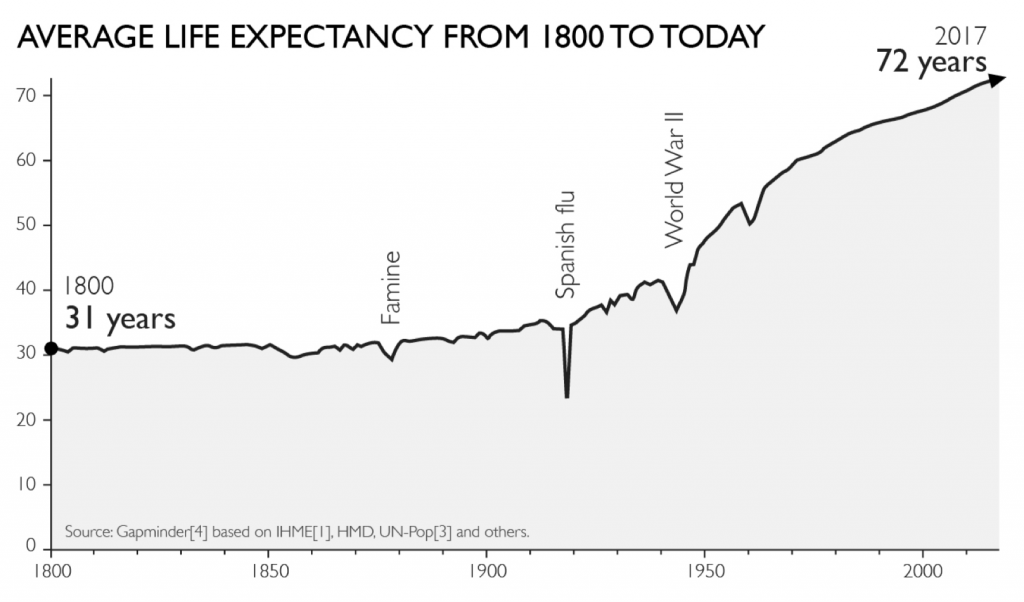 Out of our 12,000 respondents, 37% answered this question correctly. Finally, our respondents beat the chimps! But let’s not get carried away; 37% is only a lit bit better than random.

Most people suffer from an inaccurate misconception that the world is getting worse. Even in areas where we know things are getting better (like life expectancy) we still cling to the idea that things can’t be too good—that improvements must be very slow, if they happen at all.

In reality, global life expectancy has risen from 50 in the mid-1980s to almost 73 years in 2017. That’s a 35% improvement within a very short timespan – something most people simply wouldn’t be willing to accept without seeing the data for themselves.