As Hans showed in the film Don’t Panic, the richest billion people emits the double amount of CO2 compared to the second richest. 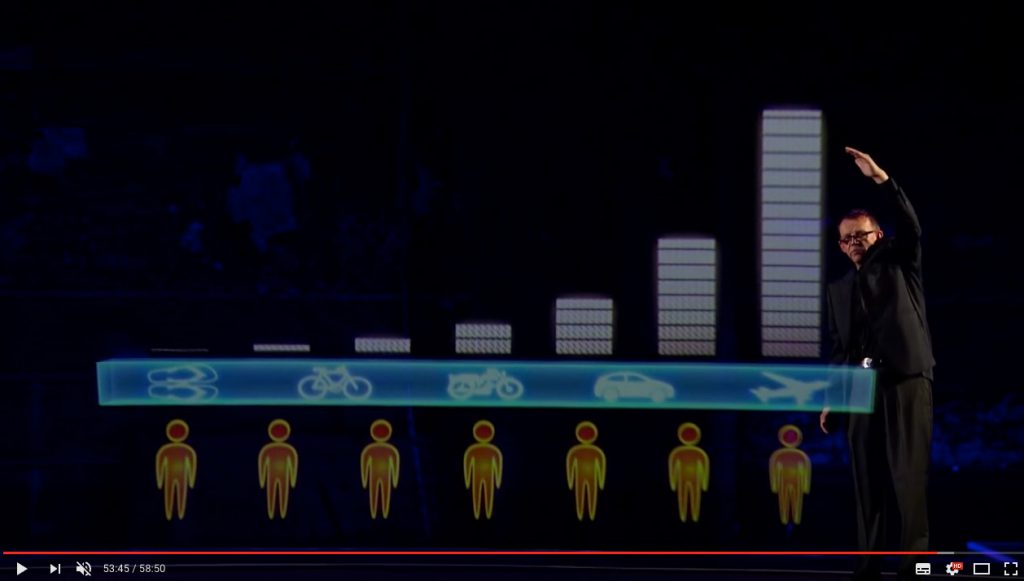 The richest countries don’t like this fact, because it shows who must start cutting CO2 most urgently!

But I think the World Bank should avoid this game. The Bank’s front page today is depicting the total emission of Upper middle income and comparing it to High income. 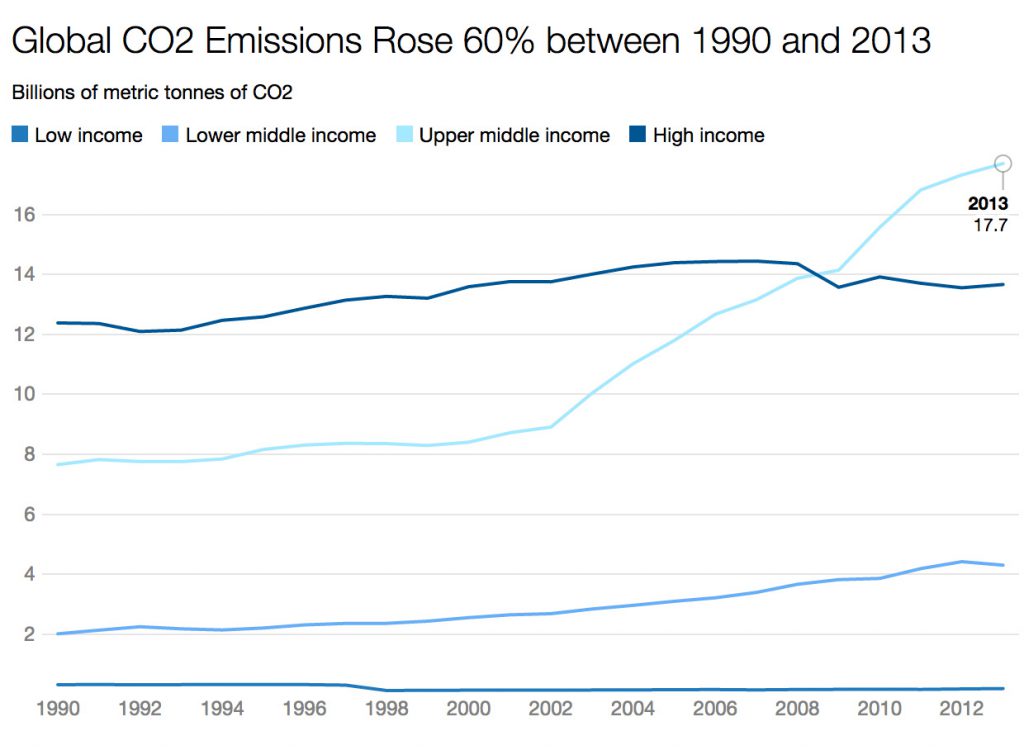 But come on! It’s unfair. They are more people. Look at the huge difference in population size: 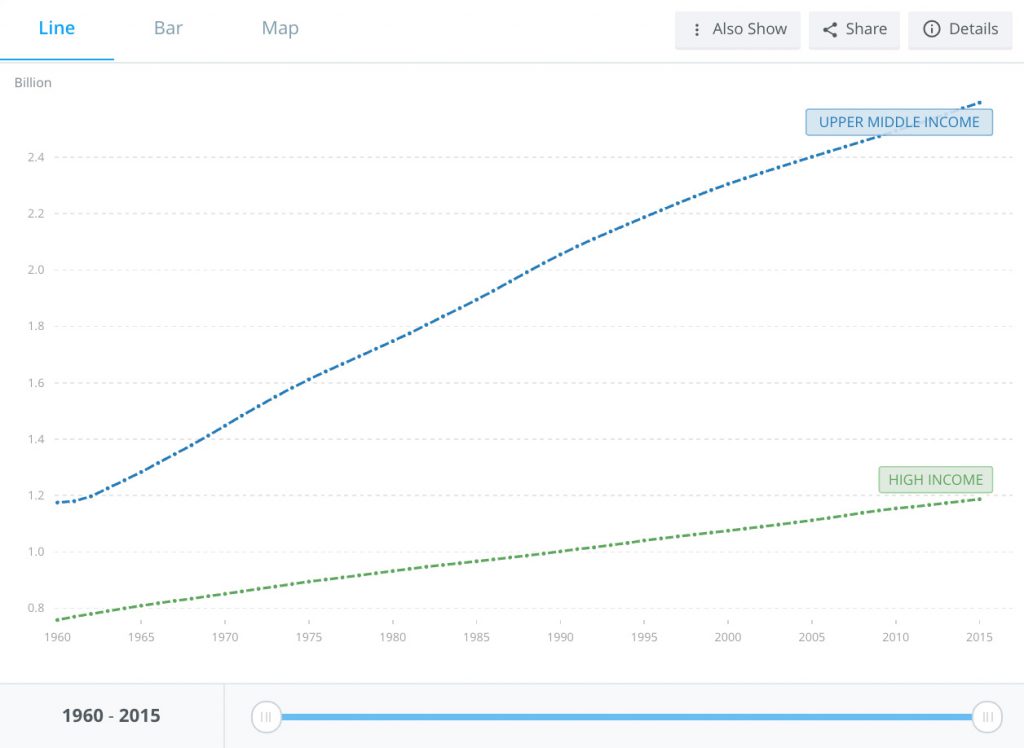 No surprise that Upper middle income emits more CO2. They have more than twice the population of High income.

I think the World Bank should promote this chart instead: 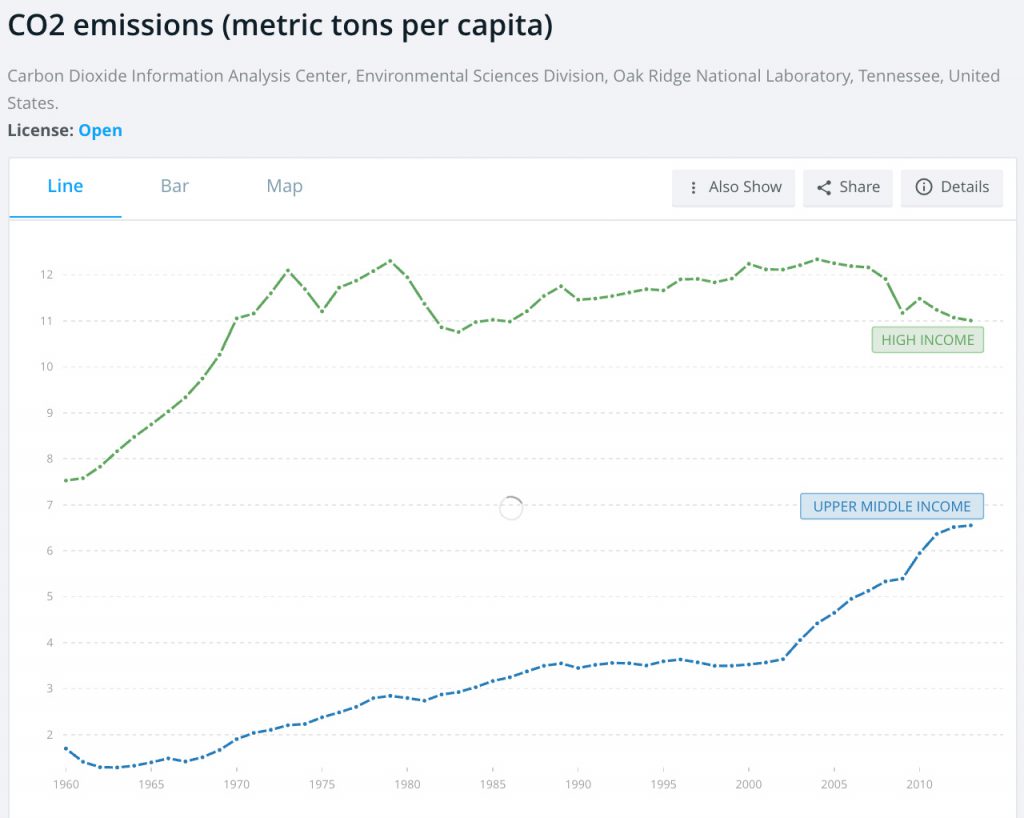 It’s interesting to notice that CO2 per capita has been flat in High income for several decades. Some of it is because the increased consumption is covered by imports from Upper middle income. Industries have moved to China and elsewhere, where increasing amount of CO2 has is emitted while producing products that are still consumed on High income. It gives the impression that the way of life in Upper middle income trend is emitting more and more CO2. But the consumption often doesn’t happen where the CO2 is emitted.